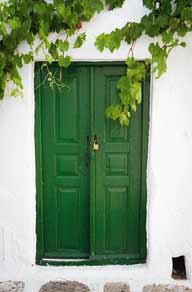 I see it all the time. Someone lives a clean and sober life for months or years at a time and is then tricked into thinking they can get away with having wine with dinner or a few beers at a barbecue. Well, some are tricked, but others have simply given in to the temptation and found a way to justify their actions. But regardless of why someone chooses to drink after a period of sobriety, the fact is, by doing so they opened the door to their addiction and welcomed in relapse.

It’s ironic (and foolish) that those who preferred drugs to alcohol often say this when they’re about to switch their main addiction to another: “Alcohol was not my problem, so a few drinks won’t hurt.” While this may seem like a sane statement to make, turn the scenario around and the insanity emerges. “Drugs were not my problem, so I can smoke a little pot or take a few hits of meth and it won’t hurt me.”

It’s a slippery slope whenever a former drug addict picks up a drink. No one escapes without a fall. Those who come to their senses quickly get away with a few bruises, but others fall hard and the consequences are dire. I’m talking jail, prison and death. I have walked many loved ones of the formerly addicted through the pain of a major relapse, and attended many funerals of those who re-opened a door to addiction.

While Satan and his demons can’t make anyone do anything, they do spend a lot of time ‘suggesting’ that a drink won’t hurt. They know that Christians who struggle with addiction only need to open the door a little for the plan of the evil one to fully enter. And there are plenty of Christian people who knowingly or unknowingly point out to the recovered addict that Jesus and the disciples drank wine, so it’s not a sin. Combine that with all the commercials and merchandising efforts that lure the weak toward alcoholic drinks and it’s easy to see how and why recovered Christians find themselves in relapse.

So don’t open the door, not even a crack. If you have ever been addicted, do not allow alcohol to touch your lips or enter your body -- even if drugs were your "only problem."